A pro-gay marriage rally in Sacramento in 2008. A recent study showed that engaging opponents to gay marriage in a dialogue about the issue was effective in changing minds. Photo by Kelly B. Huston. Used under Creative Commons license.

Years ago, I was part of a team that was hired to help a pharmaceutical company explain to America why its industry was a good thing.

This was not an easy task, obviously. The pharmaceutical industry has a weak reputation overall, despite delivering many innovations that improve the health of people around the world. A big chunk of the problem is rooted in costs: People believe health care is a right, yet prescription medications cost money, sometimes a lot of money. With ever-changing insurance co-pays, drug classes and deductibles, individuals increasingly bear the brunt of those costs. Which is tough.

It was, however, a fight I could feel good about. The industry was taking a lot of criticism for things that I didn’t think actually were bad things. And there were lots of ways in which the pharmaceutical industry was (and is) hugely valuable. The prescription drugs these companies produced often saved lives, and certainly extended the lives of many, many people. It didn’t make sense to me that the industry was being demonized as much as it was.

The client in question had amassed mountains of compelling economic and policy arguments – all of which I think have merit – about the value of the innovative pharmaceutical industry. (I know this remains a controversial question in many quarters, but that’s an argument for another time.)

What became clear early in the engagement was that the leaders of this company felt strongly that if only they could get people to understand these facts – very credible analysis by respectable academics – then people would come to love the pharmaceutical industry, and the industry’s reputational problems would go away.

Unfortunately, that belief was unrealistic. Few things are as emotionally charged as health care, and it’s the emotional vector of rising health care costs, rooted in very real experiences, that shapes people’s opinion of industry. (There are other factors too, but this is the single biggest driver.)

We came up with a three-part framework for dialogue.

Understanding: You have to start by listening and acknowledging facts that no one can really dispute: health care is expensive, more and more people are bearing the direct costs of health care, people are suffering, the system is maddeningly complex and changing in ways that are painful to the average American. Expressing empathy for what people were going through in their battles with the health care system is critical. And it’s not hard. Listen to people’s stories. Tell them you understand their frustration. And recognize that their frustration is real.

Facts: Use the facts, if you must, to illustrate the value the industry brings to people and the health care system. Innovation saves lives, and no other industry invests as much of their revenue in research and development as pharma does. For example, while new drugs are costly, they also reduce other types of health care spending, often by a significant margin (the linked study showed that new drugs increased pharmaceutical spending by $18 per person, but reduced other types of health care spending by $129 per person. That’s a big-picture “good thing” that most people don’t know about, and could be useful in reframing their thoughts about the value of the industry.)

Future: Focus on a future where more people have access to medicines, medicines cure more diseases and prolong life, and the cost burden borne by individuals is more aligned with the things that support prevention and interventions that delay disease progression. After all, it is possible to change policy around health care financing to support things, like regular doctor visits, disease management and access to medicines, that can keep people healthy and reduce their individual cost burden. We just have to fight for it.

So there it is. U-F-F. UFF. Unlikely to win a Cannes Lion for best mnemonic device, but more effective than trying to give the entire U.S. population an advanced degree in health economics.

UFF didn’t go very far, ultimately. We tried it, and we trained people on it, but a leadership change prompted a shift in the overall approach. None of which, in hindsight, worked out very well.

Still, I was reminded of it recently while listening to a podcast from This American Life titled “The Incredible Rarity of Changing Your Mind.”

A big chunk of this program examined the experience of a group of people who canvassed voters last year about California’s Prop 8. You may have read about this based on a study published in February in Science magazine: Researchers studied an effort by canvassers to persuade voters to change their minds from neutral or opposed to gay marriage, to supportive of gay marriage. The canvassers, many of whom were gay, were actually incredibly successful in getting people to change their minds. Follow-up research showed that people’s changed minds stayed changed for up to a year. Both the degree of changed minds and the length of the effects were a surprise to experts.

The reporting on this focused on the aspect of the findings that I just emphasized: Gay canvassers were more effective at changing minds on the issue of gay marriage than straight ones, statistically speaking. In other words, the messenger matters. (And in communications, we know this is true.)

But there was more to it than that. It turns out that the approach the canvassers adopted matters too.

First, they listened. Rather than making some compelling argument about fairness or the rights of individuals, canvassers got the voters they were interviewing to talk about their own personal experiences with gay people or marriage. And, they talked about whether being gay was a choice or a genetic predisposition. Ultimately, the discussions led somewhere. Like, wouldn’t you want the gay people you know to enjoy all the benefits of marriage?

As I’m describing this, the second point is pretty obvious: It’s an emotional conversation. We’re not talking about facts. There were no data points about how many gay people can’t visit their partners in the hospital because they don’t get spousal recognition, or how many people are denied health care because they don’t have coverage from their lover’s health plan. Which would be valid arguments to make, of course. Instead, the conversations focused on what it felt like to know someone who was gay, to feel what they must feel, to miss out on the things a heterosexual married couple naturally enjoy by dint of being married.

The third thing was how artfully the canvassers brought the voters to their own realizations. They would weave in the fact that they were gay at just the right moment. Or, even just wait while the voter connect some key dots. (One interviewee, a widower whom the broadcast named “Mustang Man,” completely flipped his stance in the course of the interview with a canvasser, because he reflected on the powerful love he’d had with his wife: “I would hope that they would find the happiness that I had with my wife. If you could have that kind of relationship with your partner or the other sex, I would say you’re a very lucky person. Because I know I had it. But yeah, that’s what I would wish on them. That they’d be as happy as I was with mine.”) It was subtle but impactful, holding a kind of mirror of reality up to people’s faces.

And that’s how the interactions worked. Canvassers asked voters whether they were likely to vote for gay marriage before and after the discussion, and many of them were more likely at the end of the conversation. By statistically significant margins. And, the opinion change held for a year in many cases.

There are incredibly powerful lessons in here for communicators.

Firstly, if you want to change minds, you have to start by listening. This is huge. It’s almost the opposite of the job, right? I’m a communicator, therefore I should talk all the time. But, we know that understanding where people are is critical to helping them adopt a new opinion or behavior.

Second, you can’t change someone else’s mind for them. This seems obvious, but the process has to be owned by the person who is changing their mind. Facts are not going to help you (oh, how I wish I could travel back in time and tell my mid-30s self and pharma industry clients this truth). In fact, studies show that if people with a certain opinion are confronted with facts that show they are wrong, those people are more likely to become even more entrenched in their mistaken beliefs than before. (This is known as the “backfire effect”) But, you can lead someone to reframe their thinking on an issue, and it can even happen quickly. (This is where I’d go back and change the middle “F” in the UFF framework above to say, try to find ways to help the person you’re talking with connect their own dots about an issue, rather than laying a white paper on them.)

Finally, and most importantly, the emotional aspect of these arguments is incredibly significant. People feel hurt, anger, joy, outrage, frustration, anxiety and all kinds of other emotions about their experiences. Mounting factual arguments against a wall of emotions is a waste of time and energy. It’s not going to change minds.

But minds can be changed. The human mind can learn and evolve and take up new opinions over time.

This has huge implications. It suggests that organizational change efforts should think not just about who occupies the newest boxes on an org chart, but also about the emotional state of people across an organization.

It reinforces the vital importance of research in understanding how people view issues.

It shows how important it is to listen, be flexible and adapt in the face of unanticipated data.

And, it shows that communications can be incredibly effective – but that it’s also very resource intensive. Changing minds on the gay marriage question wasn’t going to happen from exposure to a few 30-second ad spots. It was going to take a dialogue, and an artful one at that.

But that’s okay. Because the issues on which we need to change minds – racism, police brutality, gender equality and even the divisive issue of health care– are important issues. They’re worth the time. Because on those and many other issues, every opinion counts. 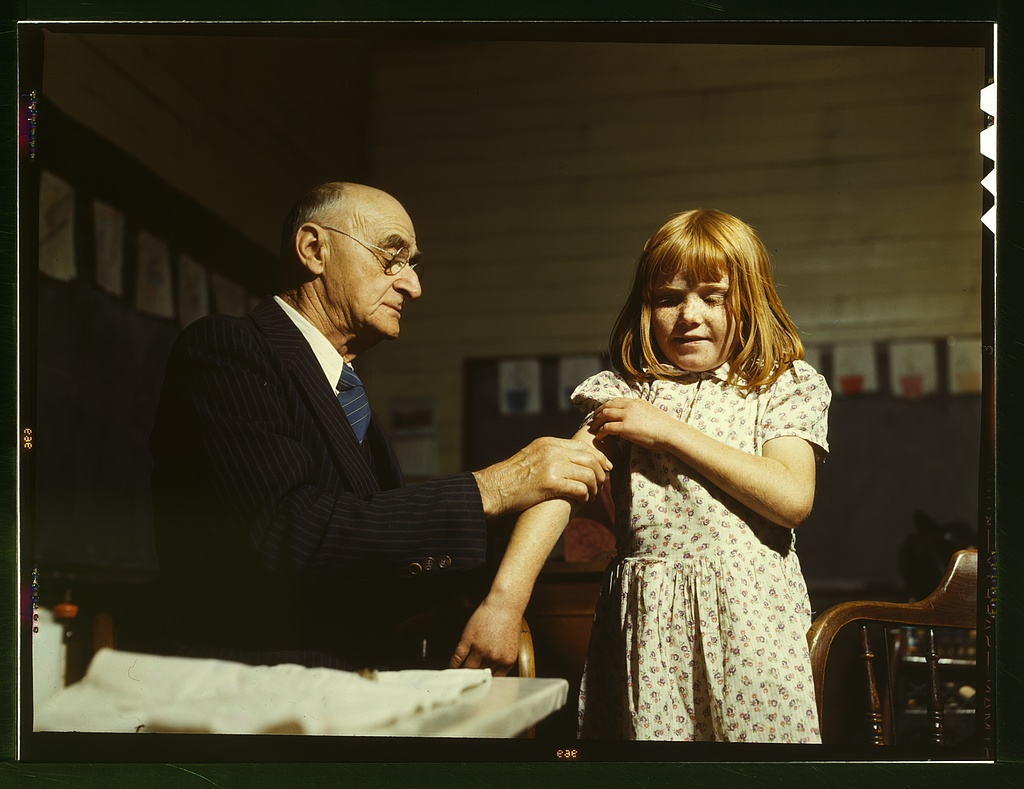 The Value of Vaccines